Over the past two decades, The Cosby Show has become a staple in cultural discourse about family life and, by extension, how minorities are represented on television. One of the strongest characters to emerge from the show was Cliff Huxtable’s wife, Clair Huxtable. A lawyer, business woman, wife, and mother, Clair is characterized both as being strong and goal oriented, while at the same time, matronly and devoted.

The following clip shows Clair adhering to conventional gender roles, much to the surprise of Elvin.

Clair’s response to Elvin in this scene is a perfect demonstration of what feminism looks like in a household setting, and how questions with innocuous intent can in actuality be somewhat offensive. One of the most important aspects of feminism that can often times get overlooked is promoting women to make choices independent of social convention. At the micro-level, the action of Clair offering to make Cliff and Elvin coffee could be characterized as submissive and gender-normative. However, if the audience were to widen their scope to include all of Clair’s interactions with Cliff, they would soon realize that many of Clair’s decisions to not reflect the “housewife” persona that she allegedly put on by offering to make her husband coffee. 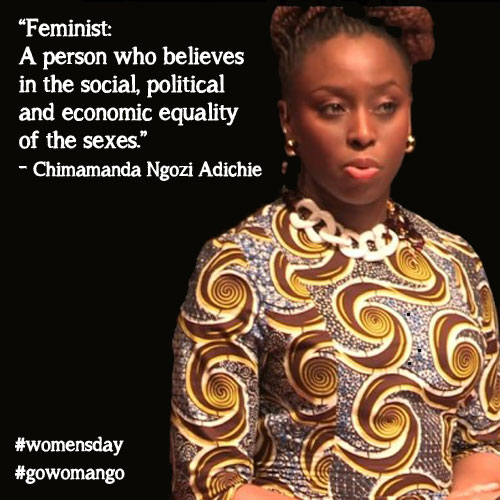 This quote, which also features in Beyonce’s Flawless, provides a concise, transparent definition of feminism that often times escapes most of the population. In the Cosby Show clip, Elvin is not bad. Ignorant? Yes, but not intentionally misogynistic. Elvin represents much of society in such a way that it thinks of entire schools of thought, such as feminism, in binaries. Can a feminist be married? Can a feminist have children? Can they be a stay at home parent? According to Elvin’s logic, the answer to these questions is “no”.

Elvin, and all of the Elvin-esque people in the world are missing one of the key principles of what feminism actually looks like in practice. The Clair Huxtables of the world can make their partners coffee if they want to, or not. They could choose to follow every gender norm in the book, or not. Feminism can take on many different forms and is unique to each practitioner. Next time we think of what a feminist looks like, we can think of scholars, lawyers, politicians, and entrepreneurs, but let us also include the mothers, secretaries, nurses, and people of all genders and vocation in the conversation of people who believe in equality.

3 thoughts on “What’s Sex Got to Do With… The Cosby Show?”