Though this is just a silly saying, we are often victim to its truthful dictum. I often find myself going with the trend of the day in my choice of clothing, hairstyle, and even pastimes.

Our culture’s idea about what a conventional relationship is has been expanding for years. This expansion is influenced greatly by what we see in the media: specifically in the TV and movie industry. This is social constructivism: the idea that a dominant group creates knowledge or norms for another. Though this isn’t a bad thing, it can be very limiting especially when one is facing a situation in which they are out of the social norm.

Whenever I am trying to get my mom to agree to let me do something and she is on the fence, I often say, “Alex’s and Lauren’s parents are letting them do it,” as an excuse for my mom to agree. She often retorts with, “If Alex and Lauren jump off a cliff, would you?” Though this is not meant to be taken literally (don’t jump off cliffs if your friends do) I often do what my friends are doing because it is part of the social norm.

Similarly, my sophomore year of high school, my friend Jack realized that he was gay. Because the school that I went to consisted of a mostly white heterosexual dominated group, Jack was too scared to tell anyone or do anything about his realization of his sexual identity. The boys in my grade often used the fag discourse to promote their masculinity and this made things worse for Jack because he didn’t want to be the butt of their jokes and banter, and he was afraid of losing his friends because he was “different” according to the social constructivism of the time. When the latest season of Modern Family came out and the relationship of Mitchell and Cameron, the gay couple who adopted a baby girl, was becoming more and more mainstream, the boys in my grade started to realize that stereotypes of gay people are just that. They aren’t necessarily true, and they are very hurtful to those targeted. Jack eventually came out with inspiration from Modern Family, and everyone for the most part was extremely accepting. Though this was a “revolution” of some sort in my school where fag was thrown around casually, now kids were scared to accidentally blurt, “that’s so gay,” in front of Jack and it made him uncomfortable.

Jack’s story is representative of society as a whole. Though we have come a long way from the limited social constructivism of the past, we still have a ways to go. 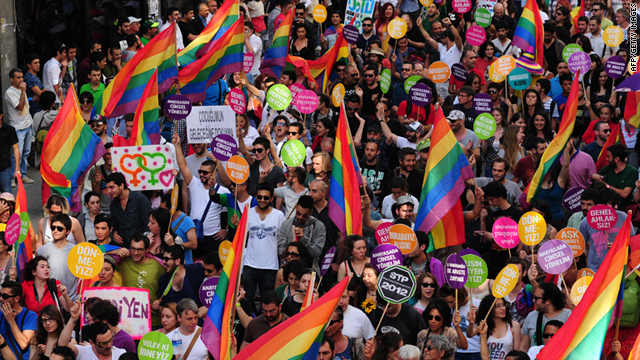 2 thoughts on “What’s Sex Got to do With…. Modern Family”