When Facebook first launched, the creators, Harvard student Mark Zuckerberg and his college roommates Eduardo Saverin, Andrew McCollum, Dustin Moskovitz and Chris Hughes, always had some intentions in proliferating the popularity of the site.  The founders had initially limited the website’s membership to Harvard students, but later expanded it to colleges in the Boston area, the Ivy League, and Stanford University. It gradually added support for students at various other universities and later to their high-school students. Facebook now allows anyone who claims to be at least 13 years old worldwide to become a registered user of the website, although proof is not required.

After registering for the site, people are free to post statuses, comment on other people’s pictures, update photos, “friend” other users, receive updates about other user’s profiles, and exchange messages and IMs. As of the first quarter 2014, Facebook had 1.28 billion monthly active users. In the third quarter of 2012, the number of active Facebook users had surpassed 1 billion. Facebook estimates that between 5.8% and 11.2% are fictitious accounts.

“Why is this a problematic stat and how does this link to the sex discourse?” you ask…

I know you have all seen, or at least heard, about the MTV hit series Catfish. You basically have two guys (Nez and Max) traveling around the nation, and they essentially crackdown on people who fake an identity and build a relationship with other people via web. There was one particular episode that captured my attention the most though.

(Spoiler Alert) Antwanne has been talking to a guy for three years. They have never met in person, but have occasionally spoke on the phone, and chatted online through social media. Antwanne claims that Tony, the guy he has been dating for three years, has a hectic work schedule and this prevents the two from meeting. After exploring the entire Cincinnati community, and occasionally stumbling upon clues that indicated that Tony may perhaps be fake, Tony was found….

It was not the Tony that Antwanne was expecting though…It was his cousin, Carmen, who had been faking the love affair the entire three years; His cousin basically lied about being Tony in vengeance. 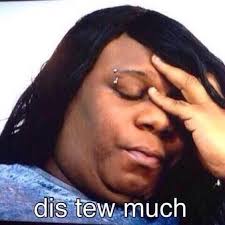 Cases like this are not rare, especially during an age where online dating is at its peak. It is estimated that 33% of Americans will, at least once in their lifetime, date online. In Antwanne’s case, this could mean latching on to someone who truly isn’t who they say they are.

So why is this a concern to our Sex and Society course?

Because… well…online dating strips identity. The dynamics of a person’s identity online is not always synonymous to the identity that they emit in person. This could be both a good or bad thing, where someone may finally express themselves freely online or even lead their peers to false expectations respectively. In some cases, we have people courageously sending messages to random people about hooking up. Do you think this would still be the case in person? Probably not.

Social media, and online dating, drives people to project a different persona that isn’t their own. In my opinion, it all just leads to an identity crisis.

What do you think the safe strategies should be when dating online? How does one know that an online chatter is who they say they are? How do you think online dating ties to the different identities that people try to possess?