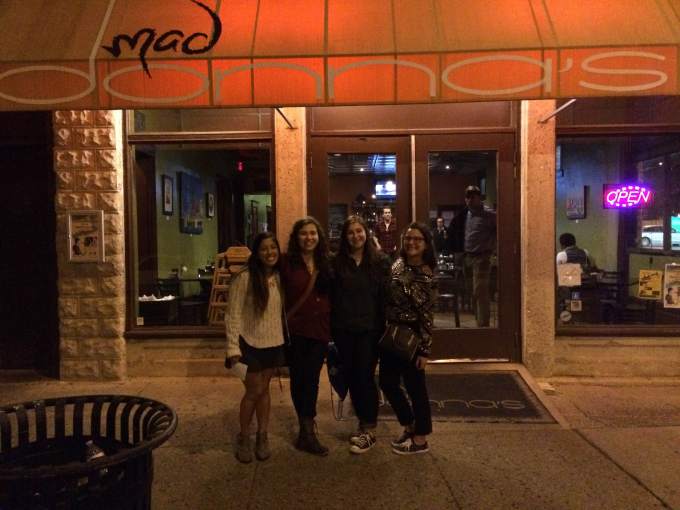 Though Mad Donna’s may seem like your average American restaurant, with typical menu items like queso, chicken wings, mac and cheese, and burgers, walk upstairs and you enter a whole new world. The menu items still remain, but every Tuesday night at 8:30 in the dark lit room the world of drag queens and burlesque shows creates a new atmosphere. The audience has a wide variety of people, from first-timers like us to regulars who dress for the occasions (some in drag, some in wigs) to out-of-towners here to have a fun night out.

Going upstairs into the “loft” for drag bingo, we honestly did not know what to expect. “Would we be out of place because we weren’t in drag?” “Would they let us enter if we were under 21?” “Do they actually play bingo?” “Is drag bingo only for drag queens or does everybody play?” However, much to our surprise, it was such a diverse and friendly community that no one was ostracized for looking or acting differently than anyone else. They emphasized the fact that because all of us our outsiders, no one actually is. Anyways how boring would what life be if we were all the same? We came in a little late and were worried because there were no tables left, however, they made us feel super welcome and gave us the special “judges table”. When we sat down at our special booth, there were stacks of bingo card waiting for us, along with fantastic dot paint that reminded us of our childhood. There were two drag queens sitting at a booth at the front, calling numbers and entertaining the crowd with witty banter and funny jokes in between. 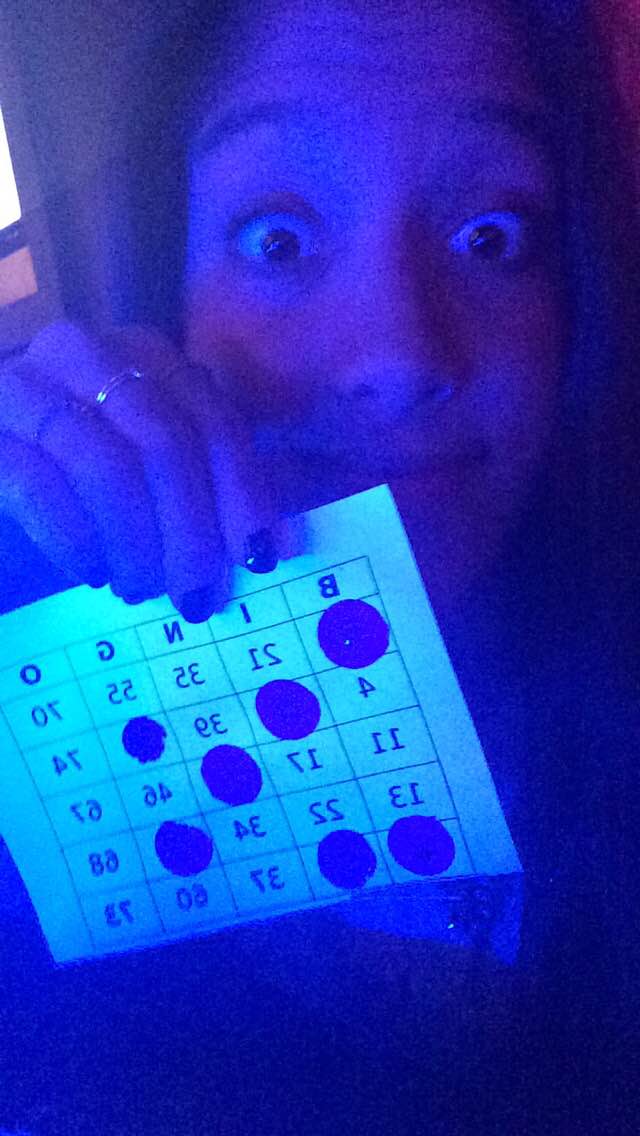 We were lucky enough to be graced by Paige Turner, voted one of the best drag queens three years running, and Raquel Redd, who is currently being filmed for a documentary about drag queens. Though none of us got a bingo, ties were broken based on “dance-offs”, which was a very fun and effective way to determine a winner while keeping the audience engaged. If you haven’t seen a fifty-year-old women twerk, it certainly is a site!

So with all this description of our night, what exactly is drag bingo? It’s certainly nothing like your typical weekday bingo at a local retirees’ club. Drag bingo originated in Seattle, Washington, in the early 1990s, by the Chicken Soup Brigade as another way for the organization to support people with AIDS. After the exponential attention and popularity gained by this original, drag bingo turned to a common week-night event for restaurants, bars, and night clubs around the country. Mad Donna’s in East Nashville is one of the many drag bingo sites, and we challenge you to drop by because it a great study break. It’s a diverse crowd, but everyone the same purpose of having fun and being inclusive to all people. This special inclusivity comes about by poking fun at everyone, and making each individual feel like part of the show. The bingo callers at Mad Donna’s, Paige and Raquel, maintain a substantial and witty dialogue with the crowd and each other. Drag bingo is more than just a game, it is a show and a lifestyle. 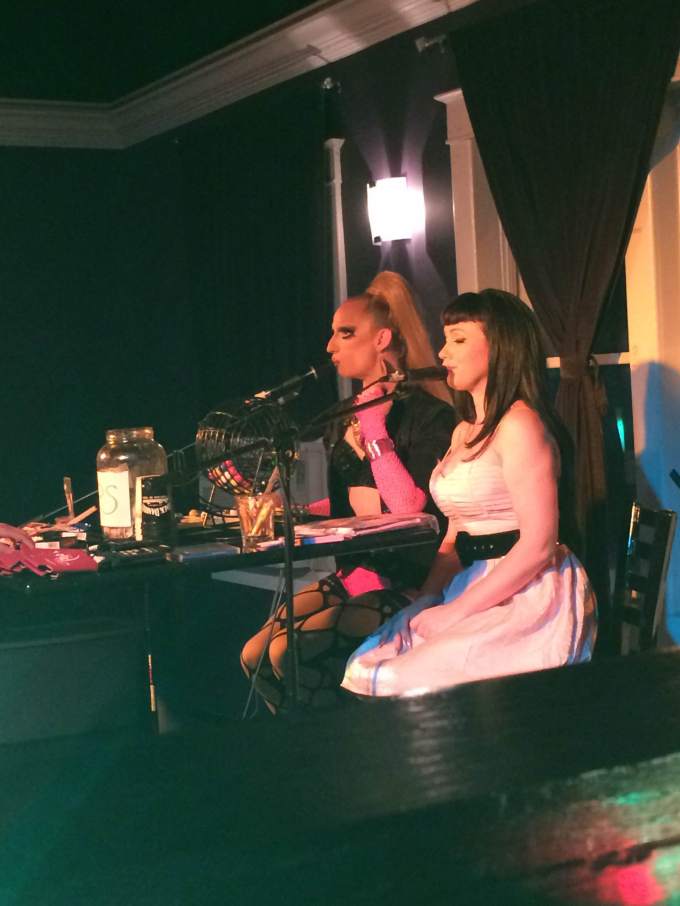 In its essence, drag bingo helps society throw off the shackles of heteronormative culture and gender binaries that we are accustomed to. Growing in the culture in the United States today, we are all coerced into living by these “rules” set up for us by the compulsive heterosexuality and gender roles set up for by society. According to Steven Seidman in the article Theoretical perspectives, “A system of compulsory heterosexuality may help to explain why societies divide individuals into two gender types, but it does not explain how gender – and sexual—identities are sustained daily.” In the society we live in, one that is based off of compulsive heterosexuality, we can understand the goals behind this forced heterosexual norm. It is used to keep men and women in separate spheres of life with explicit gender roles where they are expected to behave accordingly. Even now media almost solely portrays love and a typical relationship as a man and a woman who fall in love and live happily ever after in successful monogamy. Drag contradicts this presumed reality by dressing in the attire of the opposite sex, those who dress in drag are often looked down upon ideals that govern the social expectations of the day. Drag queens deconstruct these expectations and create a culture that lives outside of these norms. By going outside these boundaries they create a safe space for people of all genders and sexualities to be themselves and not worry about the criticisms of others.

All in all, drag bingo night is a success in all factors. By encompassing people who identify with all genders and sexualities from transgender to bi to straight, it creates an inclusive atmosphere that is part of the fun bingo creates. Additionally, it raises money for many organizations from breast cancer awareness to Aids, and challenges the heternormative culture of today. Why do you think the addition of drag queens to something as typical as bingo manages to create an entirely new culture? Drag queens bring more to conversation than just bingo, what else does dressing in drag bring to the conversation about the actual gender realities we live in?