Define “Hooking Up,” for yourself. Go ahead, try. Now, define what someone else means when they say, “We hooked up last night.” There is a large range of activities which can be encompassed by the phrase “hooking up.” Interestingly, there is a generational change for the term hooking up. For some, especially older adults, hooking up means meeting up with a group of friends to spend time together or, “Let’s all hook up after work at Charley’s to grab some drinks and talk about the upcoming business proposal.” For others, particularly middle-school students, hooking up can mean anything from providing connections for someone as in, “Jimmy hooked me up with tickets to the school dance,” to the more traditional young adult meaning. Teenagers and young adults in this historical moment, use hooking up as an ambiguous term to describe almost any sexual experience, from kissing to intercourse. In her book, Hooking Up, Kathleen Bogle suggests that, in this instance, it is intentionally ambiguous so that one can exaggerate or minimize the sexual encounter (28). However, regardless of your specific definition, one aspect holds true through all of them: the foundation of hooking up is social interaction.

If social interaction is the fundamental pillar of hooking up in all contexts, how is it possible then that for my generation, hooking up occurs with virtually no verbal communication? Between the 1920’s and 1960’s when dating was in vogue, young people were forced to directly communicate their desires. Typically, John would plan a date and then ask Kate out, giving her specific instructions on when, where, what and how the date would progress. However, direct verbal communication has become a thing of the past. Bogle informs us that, instead of the traditional conversation, there is a lot of nonverbal communication involved in hooking up. For instance, nobody ever says, “Hi Kate, my name is John. I think you’re pretty. Would you like to hook up with me tonight from 11:30-12:45 in my dorm room? When we hook up, we can make out and fondle one another, but we will not have intercourse. When we are finished, I will walk you home because I don’t want to sleep in the same bed with you.” Instead, Bogle insists that John would smile at Kate, who would then bat her eyelashes. They would engage in conversation, and if they kept enough eye contact and made some surreptitious physical gestures such as touching “accidentally”, then they would somehow decide when and where they would hook up, but again without actual verbal communication. It is a miracle that any hooking up ever actually takes place at all with all of the ambiguity.

Why are young people no longer talking to one another about these things? What are the potential ramifications of miscommunication in these situations? Johnathan Kalin, founder of the “Party with Consent” movement, advises that sexual consent is not a commodity to be given by one and taken by another. Rather, consent must be created through verbal communication between individuals.

Sadly, the reality is popular culture and media portray sexual encounters as clandestine, with little or no verbal communication between individuals before mind-blowing one night stands. Just look at the majority of pornographic videos. There is almost never any talk before the actors get down to the main event. Stuart Heritage, writer for The Guardian, remarks that realistic sex is rare in Hollywood because, “If sex on screen were in any way representative of what sex is like in real life, it’d be miserable to watch. Films would need to come with sick bags and disclaimers warning viewers against scenes that may cause shame and guilt.” Let’s be honest with ourselves. Sexual encounters, be they making out or intercourse, are messy affairs. Bodies do weird things, and sometimes things are awkward and uncoordinated. However, I never see that portrayed in films. Instead, there are always these amazingly attractive people with perfect bodies who are just ready for sex, no foreplay or conversation needed. You never seem to see how the actors got from the party, back to an apartment. Instead, the films cut from slight flirting to getting naked in a bedroom.Take one of many scenes in Grey’s Anatomy or the Vampire Diaries, which admittedly include a lot more discussion than most media portrayals.

In many ways the current hook up culture found across the United States resembles a Hollywood film. It is almost like a fairy tale in that two people are magically supposed to read each others’ minds to determine if the hook up is going to happen, when and where, and what exactly each person thinks will come from the encounter. The reality is this is a dangerous pathway to miscommunication.

But why are young people not communicating as they did in the dating era? It cannot be blamed solely on the misrepresentation of sexual encounters in film and popular culture. Could it be that we just do not have the skills to communicate with one another? Or is it that communication is no longer a necessary skill? With the advent of social media, texting, and any combination of apps which make anonymous hooking up plausible, perhaps it is that, because young people do not need to communicate verbally to get what they want, they are slowing losing the skills necessary to communicate in concise, meaningful ways about intimacy. If we are being honest, discussing sexual intimacy can be awkward, so for many, perhaps it is better to just avoid the whole conversation. 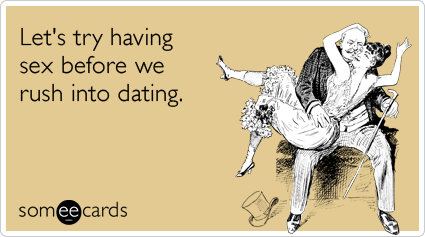 So what? Well, rape happens when consent is not given. But, how can consent be given in a hook up culture where verbal communication is all but nonexistent? Why do people not verbally communicate anymore? Is that the real issue, or is hooking up due to some other phenomenon? Does it even matter that hooking up has replaced dating as the primary source of sexual socialization among young adults?

One thought on “Communication, Consent, and Hooking up”