Can you remember a time before you were who you are now? A time when society was not telling you who you are, innocuously, through seemingly inconsequential labels? Think about who you are, how you introduce yourself. For most of us, we say something like “Hi my name is X I am a girl/boy, I am gay/straight, I am a student/professor/parent” the list goes on and on, but there is almost always a qualifying label. The great, “I am,” phrase implies that your essence is inextricably tied up with that identity. However, this thinking can be very dangerous because, most often, individuals are not choosing their own labels, but rather are being labeled and then internalizing those labels.

Michel Foucault once said that visibility is a trap because labels for individuals, which categorize people into “normal” and “abnormal” or “greater” and “lesser,” inevitably lead to inequality. He brilliantly argued that, in order to engender equality, we must create a society which does not sexualize individuals, identities, or acts. Perhaps, instead of celebrating sexuality and sexualization by adding more letters to the LGBTQIA… movement, having more parades, fighting for marriage equality, and all other things meant to create equality, we should “desexualize pleasure” and dismantle the world’s ideas of “normal”. By eliminating the labels, we can free ourselves from the social stigmas and eventually escape the bonds of social regulation.

See, Foucault recognized that fighting heteronormativity by creating a safe space for “alternative” sexualities through laws, protests, and activism would only serve to further alienate individuals. Unfortunately, he was right. Although we as a nation are supposedly more accepting of others than ever before, all is not well in the United States.

People still face discrimination on a daily basis because of their sexuality. Even within the LGBTQI community there is inequality and division. When some members of the Office of LGBTQI life visited our class for a panel discussion in mid-September, they revealed that there was some dissent even among the smaller Vanderbilt community about labels and what each label means. Likewise, an article in the Huffington Post by Catherine Oliver suggests that there are a lot of issues within the larger LGBTQI community because the labels are oftentimes insufficient. He claims that as a transgender man he frequently feels alienated by the community because he chooses not to take hormones or undergo surgery. According to Oliver, the host of labels including “”Gay.” “Lesbian.” “Bisexual.” “Transgender.” “Pansexual.” “Genderqueer.” “Neutrois.” “Non-Identified.” “Queer.” “Femme.” “Butch.” creates unnecessary division among those who do not identify solely as a cisgender heterosexual. It is clear from this article that, while the labels are supposed to help when communicating with other, they can create more confusion than they solve. 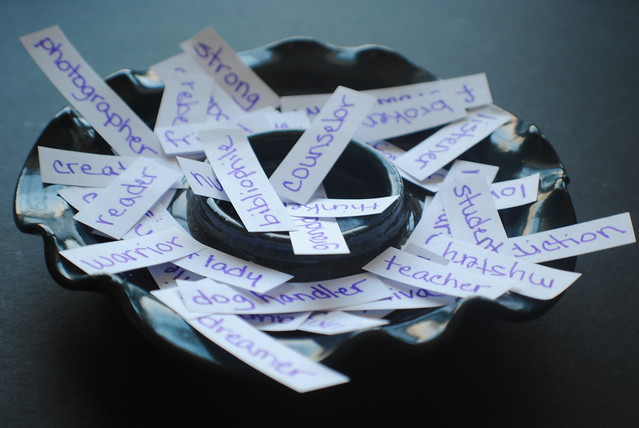 Honestly, with all of the labels being collectively referred to as “gay” by many individuals, what good does it really do? Does the existence of these labels really create equality in the United States? I tend to side with Foucault. Labels are for cans, not people. When you try to label people, someone inevitably feels excluded, ignored, misrepresented, or offended. I personally think the solution is to dissolve all labels and to quit trying to arbitrarily categorize everyone into “good” or “bad”, “right” or wrong”, “normal” or “abnormal.”

The reality is, we are all HUMAN and that is what matters. If we could focus on that commonality, perhaps we would treat each other with more respect and kindness. Perhaps the world would be a better place if, instead of finding points of contention, we focused on that one fact: we are all human.

One thought on “What’s sex got to do with…Labels?”