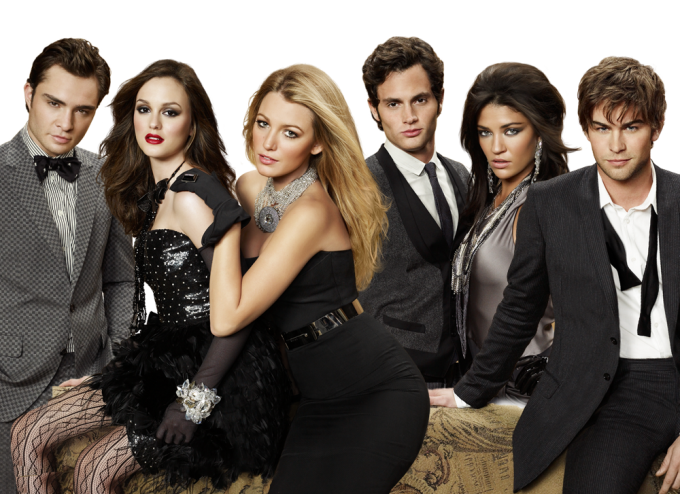 Warning: You might not want to read this if for some incredible reason you have not seen Gossip Girl’s Season 4.

Okay. CW’s Gossip Girl is pretty much my favorite show ever, and if you haven’t seen it, you are severely lacking in many areas of your life. Though I regret to admit anything at all could be wrong with this amazing show, I have noticed some less-than-desirable themes running throughout the show, but I would like to take a look at one episode in particular, Season 4 Episode 9: The Witches of Bushwick. When this episode begins, two of the main characters, Chuck and Blair, are secretly sleeping together. Similar to the “no strings attached” hookups described in Bogle’s Hooking Up, this arrangement is supposed to be for sex only–no feelings involved.

At this time, Blair is trying to establish herself by becoming the face of Anne Archibald’s Girls Inc. foundation, a female empowerment organization. While talking with Blair, Anne says Blair could very well become the head of this foundation, except that her personal relationships are in question (by this she means Blair’s relationship with Chuck). Blair assures Anne that she rarely associates with Chuck anymore, and that he is not part of her future. Meanwhile, in talking with Casey, his publicist, Chuck is told that he needs to reaffirm his “bad-boy,” “hedonistic” reputation–and doing that means no being seen as the doting boyfriend of Blair Waldorf. With these pressures on them, Blair and Chuck agree not to be seen together. But then, while in a compromising situation, Chuck tells Blair he loves her; she chooses to pretend not to hear him, sure that he doesn’t mean it. A little later, Chuck confides in his friend Nate, worried that he may have ruined the no feelings, no strings friends with benefits relationship between him and Blair. Nate reassures Chuck that girls know when a guy says he loves her during sex, it doesn’t really mean he loves her, it means he loves having sex with her. Blair, as well, assumes Chuck just blurted it out and didn’t really mean it, she doesn’t want to risk being a “weak, sniveling stand-by-your-man.” However, when Chuck sends Blair a thoughtful (romantic) gesture, she realizes he must have meant it after all, and so she strips down to a red lacy slip and goes to find Chuck at his “saints and sinners” masquerade ball to find out for sure. When she finds Chuck, he tells her he really did mean it, and they realize they are just as much in love as ever. As they are talking, someone pulls back a curtain, and they are exposed to everyone in attendance, but Chuck and Blair decide to risk it and “go up in flames” together, kissing in front of everyone, no longer concealing their relationship.

Of course, Casey and Anne Archibald are in attendance and witness the whole spectacle. Anne tells Blair that she lost her sympathy the moment she saw her “kissing Charles in her underwear.” Blair is upset by this of course, and argues that empowered women should have the right to relationships, being with Chuck wouldn’t make her any less of herself! Anne, however, combats that by saying “The man you’re with may not be a reflection of you, but you will always be a reflection of him,” and that it’s not fair, but the sooner Blair accepts it, her life will be easier. On Chuck’s end, Casey actually loves their romantic kiss, because it shows that “the hedonist has a heart,” and will improve Chuck’s image even more. She wants to get Blair, “Chuck Bass’s girlfriend,” some photo-ops. Apparently, Chuck can have everything he wants, but Blair cannot. Blair uses an analogy, that as long as she is with Chuck, she is Hillary in the White House, and she wants to be Hillary, the Secretary of State. She also refers to Brad and Angelina, an successful couple, pointing out that Angelina won an Oscar and became famous first before. Blair decides that she needs to make something of herself before she can be “Chuck Bass’s girlfriend.” Chuck accepts this and states that if they are meant to be, they will find their way back.

This episode is loaded. Blair and Chuck take part in a “friends with benefits,” hookup relationship, but it seems the gendered power dynamic is a little off: Chuck, the male, says he loves Blair first. This is opposite of what usually happens, according to Bogle’s research–usually in heterosexual hookups, it is the female who develops feelings and wants a relationship. However, when Chuck and Nate are talking, Nate’s opinion that girls know a guy never means “I love you” during sex is signifying the gender stereotypes that work within our culture. It signifies the popular assumptions that guys are never the ones to develop feelings first, they often say “I love you” without meaning it, and that they are only in it for sex.

Anne Archibald acts throughout this episode advise Blair, or to point out social constructs and assumptions that regulate the lives of women. When Anne tells Blair her relationships are in question, she is implying that by being in a relationship with Chuck, Blair is not going to be seen as an independent woman. So basically, if you want to be successful and sure of yourself, you’re not allowed to be in a relationship. Then Anne tells Blair that she cannot be the face of the foundation because Blair was “kissing Charles in her underwear,” thus stating that Blair was acting improperly (by her definition) and does not deserve the position. So here the advice is to never act out and never be caught up in passion, because then you might do something crazy like kiss a boy in front of a crowd, and heaven forbid you should go out wearing anything that might be considered improper. After that, Anne gives Blair one more piece of advice: “The man you’re with may not be a reflection of you, but you will always be a reflection of him.” What does that even mean?? Dating a guy will not change his image, but it will change yours? Actually, that’s what we see happen a lot. As Casey illustrates, Blair would be seen as “Chuck Bass’s girlfriend,” but Chuck never has to worry about being seen as only “Blair Waldorf’s boyfriend.”

Casey serves to tell Chuck the things that are acceptable for a guy to do. She warns him against Blair originally, because Chuck would be seen as weak for falling for a girl. Why is it that guys can’t be strong and manly and still fall in love?? Casey wants Chuck to seem like a bad boy, but when she sees Chuck and Blair’s passionate kiss, she loves it. She thinks it makes Chuck’s image even better, he’s a bad boy with a soft spot. So apparently, a strong woman can’t have a relationship without losing her independence, but a strong male figure is seen in even better light for falling in love. This is characteristic of the classic double standard! In addition, Blair was seen as improper for kissing Chuck, but Chuck was seen as sweet for kissing Blair. Interesting. In Bogle’s Hooking Up, she discusses the sexual double standard that exists within hookup culture: for guys, a high number of sexual partners is something to brag about; for girls, it’s something to hide, or else she’ll be seen as a slut. Guys are praised for having lots of sexual encounters, while girls are shamed for the same thing. Chuck enjoyed better approval for kissing Blair, and Blair lost her chance to be the head of the Girls Inc. foundation.

Most people watching this show wouldn’t question any of these unfair dynamics going on. What does this tell us about our society? What does this episode say about the ways media reflects/shapes the attitudes of members of our culture?