With students attending college now more than ever, the hookup scene and culture have grown in popularity. Whereas college was once a male dominated space, the presence of women on college campuses has surpassed that of men. In Hooking Up, author Kathleen Bogle writes that for every 100 women on campus, there are approximately 80 men. This shortage of men gives them an upper hand in the hookup culture; these men know that while there is typically power in numbers, this is not the case on college campuses. Women seeking relationships, intimacy, or sex have to first gain the attention of these men and then have to fight and prove themselves worthy, which, in most occasions, means that they have to either lower the standards or reevaluate their morality, of these men’s time.

In our socially constructed hierarchy, men are placed in the highest position and given the most privileges. While they are outnumbered on college campuses, this fact still holds true. Furthermore, college campuses even

exacerbate this power disparity. On college campuses, men gain status either by being wealthy and by being a part of elite organizations. Two of these elite organizations that give men what I would like to refer to as “instant status” are football teams and fraternities.

Every 1 out of 4 women in college will be a victim of sexual assault. An interesting fact is that students whose bodies and appearances that are read as females are more likely to be assaulted. At fraternity parties, where it is dark and alcohol is readily available to female students who have probably already pregamed before arriving to the party, it is no surprise that these intoxicated female students are more likely to be assaulted. According to Bogle, some male students use this as an opportunity to prey on these female students, particularly freshman females, who can not “handle their liquor” for lack of better terms. Because alcohol tends to cloud judgement, most of these students being assaulted may not even realize what is taking place until it is actually too late and seeing as how most of the students at these parties are inebriated, bystanders are not conscious enough to intervene.

Because society has been conditioned to view girls as inferior to men, for some girls, dating a successful athlete is a means of moving up in the social ladder and gaining status on campus. Seeing as how college football is one of the most popular sports throughout the United States, for some female students, colle 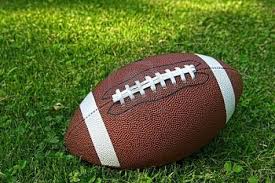 Not surprisingly, football teams and fraternities are no strangers to sexual assault scandals. Also not surprising, neither is Vanderbilt. Seeing as how Vanderbilt is in the Southeastern Conference (SEC), football is very popular; furthermore, Greek life plays a pivotal role in the social aspect of Vanderbilt students with over 40% of the student body being a member of Greek life. Within the last few years, Vanderbilt has been home to many scandals involving rapes such as the “I am the girl that ratted” campaign and the scandal surrounding the multi-perpetrator rape that took place last year that involved members of the football team.

So, how does Vanderbilt handles these cases? Well, to start off, Vanderbilt is among more than 50 other universities across the United States that are under investigation for the mishandling of sexual assault cases. I would like to argue that the “mishandling” of these sexual assault cases by this institution is because of two things: Vanderbilt’s reputation and the power of these “elite” organizations. Firstly, Vanderbilt, being the prestigious university that it is, does not want to be known as a university infested with sexual predators because that could ruin its prestige. Secondly, many of the rapes reported involved either members of fraternities or members of the football team. On this campus, both fraternities and the football team are powerful entities in the sense that they have the ability to cover up what has taken place. Though not all members of fraternities are rich, I think that it would be safe to assume that some of these members definitely come from wealth, and in today’s capitalistic society, money is a great way to control people and cover up their misconduct. Even with the football team, football coaches tend to have enough clout on campuses to be able to speak with administrators who are higher up in position and soften and if not completely exterminate the punishment of players who have been accused of committing a sexual assault. Furthermore, Vanderbilt is not required by the Clery Act to report what kinds of crimes take place at different fraternities. In conjunction with the aforementioned reasons, I think that Vanderbilt plays an active role in the perpetuation of its own rape culture; because Vanderbilt is a university that values its reputation more than the safety of its students (or so it seems), men who behave like the powerful, entitled, and sex-seeking man that society tells him to mimic are allowed to objectify, dehumanize, and assault women on campus.