Alcohol is one of the most commonly consumed beverages in the world. I think that this statement makes sense when looking at and analyzing the way in which companies advertise alcohol. Producers use the concept of Marxism to appeal to both the senses and the tastes of their targeted audience: men. In these advertisements, women are objectified and are usually depic

ted as props for the alcohol. This may excite men because it parallels with what society has declared sexual normality: sex is all about power and women are objects of desire for these powerful men.

s, alcohol has become an essential component of the college experience.

Due to the fact that alcohol clouds judgement, it’s not shocking that alcohol has played a major role in many sexual assault cases. According to a Tennessee police officer, alcohol is the number one date rape drug. He suggested that people are less likely to look at alcohol as a date rape drug because it is socially acceptable to drink.

One way I think we can combat this issue of alcohol-induced sexual assault is to change the way that producers advertise alcohol. Most alcohol advertisements contain either direct or subliminal messages that suggest that alcohol and se 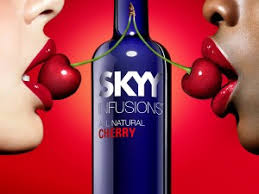 x are correlated. Alcohol should and will result in sexual intercourse, at least that is what the ads are telling these men that drink. The ads, along with a decrease in inhibition and an increase in a sense of entitlement, can lead to an increase in the likelihood of a sexual assault taking place thus leading to an exacerbation of this said rape culture.

So, do you think that the sexualization of alcohol advertisement has had any effect on the rape culture that has emerged? Also, what can be done to combat this issue?