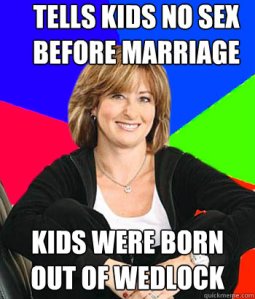 Sexual Morality is defined as morality with respect to sexual relations. Sexual morals in our current society dictate that sex is only morally acceptable within the confines of marriage and only in ways that do not cut off the possibility of procreation. These morals rest on themes of social utility and personal excellence. The overarching theme being that the well-being of a society depends on a stable family life, and sex outside of marriage destabilizes the family. These sexual morals have developed in such a way that they permeate every aspect of our lives as Americans. These predominant morals are especially evident in the sexual development of our countries youth.

END_OF_DOCUMENT_TOKEN_TO_BE_REPLACED

“Ho told me the other she sent a nigga to jail. I thought it was legal to beat your hoe.” These are the opening lines to Kevin Gates hit single ‘Sposed to be in Love. He goes on to describe the current state of affairs between him and his significant other.  In short, the young lady has decided that she no longer wants anything to do with Mr. Gates. She has even moved his belongings out of her home as a show of her seriousness in her decision to cut all ties with the narrator. In response to the young lady’s refusal to have anything more to do with him ,he declares that they are “supposed to be in love and ain’t no breaking up, and there ain’t no walking out”.

Throughout the song, Mr. Gates alternates between telling listeners that he will not allow his significant other the luxury of leaving him alone and describing the behaviors that led her to want to leave him. These behaviors include violence as well as lying and general mistreatment of her. This song reinforces the ideals of heterosexuality and power that plays out in our society everyday.

In her article  Sex and Power, Kristen Barber argues that hetero-sex is a mechanism by which men dominate women. She goes on to say that in order to understand the subordination of women in the United States, one must analyze the practice of heterosexuality. Heterosexuality enforces gender norms where men dominate women and women are supposed to adhere unquestioningly to this dynamic of male empowerment and female dis-empowerment.  In ‘Sposed to be in Love, we can see this dynamic at play. This song depicts a man exercising his dominance over his female partner. She no longer loves him and has decided to leave, but as the dominant party in the situation he feels as though it is his right to set the parameters of their relationship. Including, but not limited to, whether or not she can leave him. Rap music and songs like this specifically make way for such misogyny  to thrive.

This begs the question:What will have to be done before our society can see a balance in gender roles??

Church Street, located in Midtown, is considered Nashville’s trendiest alternative nightlife scene. It is home to club Play, Club Tribe, and Suzy Wong’s House of Yum. Club Play is a gay friendly bar with an adjoining dance club. Club Play also hosts drag shows every day of the week. Tribe, in a similar fashion, is a gay friendly bar with a large dance floor. Tribe differs in that its entertainment is not limited to drag shows. It is also a venue to view television shows from popular culture, such as American Horror story Freak Show and the Walking Dead. Additionally, music videos play on a constant loop. It has coined itself, “Nashville’s original music video bar”. Lastly, Suzy Wong’s House of Yum is an Asian themed restaurant that specializes in Asian cuisine, creative cocktails, and “campy” music. It stays open late to accommodate the patrons of Club Play and Club Tribe. Monday through Saturday, Suzy Wong’s is strictly a place to enjoy good food, good drinks, and good music. On Sundays, however, Suzy Wong’s House of Yum is transformed into a venue for the purpose of showcasing the drag queens of Club Play and Club Tribe. From 11am until 3pm every Sunday, Suzy Wong’s hosts Drag N’ Brunch. Drag N’ Brunch consists of a special menu and 4-5 performances from one of Club Plays drag queens. Drag N’ Brunch and Suzy Wong’s House of Yum are not traditional venues for drag culture in that the performances are very “tame”. As such, it serves as a chance for families and those who are not necessarily prepared to watch drag in the traditional sense to experience an aspect of sexual expression that they might not have otherwise been exposed to.

Transgendered individuals in America, face many problems. Their problems stem from the fact that their sex, gender, and sexuality go against the normal order of our heteronormative society.

In her article Transgendering: Challenging the “normal”, Kimberly Tauches discusses some of the challenges that transgendered individuals face in their everyday lives. These issues include, but are not limited to: tension in public places, misuse of identifying pronouns, documentation of identity that fails to identify, assumptions concerning sexual preferences, and unfriendly attitudes from the medical world.

All of these adversities make it easy for those who identify as transgendered to feel marginalized and uncomfortable in the bodies that they inhabit. Drag offers the opportunity for these individuals to step out of the margins and take pride in who they are. Suzy Wong’s House of Yum and Drag N’ Brunch assists these individuals in their work to relieve themselves from the implications of transgendering in everyday life. It provides a space for transgendered individuals to both showcase their sexuality and the pride hey have in it as well as for them to introduce it to people outside of the queer community.

From 1964-2013, Sports Illustrated depicted countless scantily clad women on its cover. Yet, it continues to be a piece of work that is quietly accepted in the media. Every issue of Sports Illustrated does not generate controversy. Media outlets do not become inflamed with discussion concerning what message so much exposed skin sends to young girls.

END_OF_DOCUMENT_TOKEN_TO_BE_REPLACED

The documentary film Orgasm, Inc. addresses the concept of the medicalization of desire by focusing its lens on the condition Female Sexual Dysfunction. The documentary explores the development of Female Sexual Dysfunction and the subsequent race to develop a drug to treat this “disease”. The film introduces the argument that the pharmaceutical industry and the medical field have together manufactured a sexual disorder. The purpose of this development, according to the film, was to create a market for the drugs and treatments that will address it. The film advances the argument that perfectly healthy women are being made to feel as though they are diseased and in some way abnormal. The reality of the situation, however, is that they fully functional and without defect.

Understanding the medicalization of desire is crucial in our understanding of the politics of sex. The ease with which the medical field turned sex and sexuality into something to be discussed and understood in terms of science is illustrative of how deep and widespread societies grip on our sexual lives and perceived sexual well-being is.

There is a list circulating the internet. It is entitled “Twenty signs that you might be a hood rat”. This list takes behaviors that are considered normal in some cultures and develops them into “symptoms” with the “diagnosis” being hood rat. This list speaks to the same issue that the development of Female Sexual Dysfunction speaks to. It speaks to the idea that society is unquestioningly allowed to take behaviors that they deem socially unsatisfactory and transform them into a problem that requires attention. The “Twenty signs that you might be a hood rat” has effectively diagnosed virtually 75% of the African American community with the affliction of “hood rat”. This example is significantly less extreme than the phenomenon of nearly half of all women being diagnosed as sexually dysfunctional, but it makes the same point. 41% of all women are said to be dysfunctional. Can something really be considered a dysfunction when such a large percentage of the population is inflicted by it? 39% of all Americans have an O+ blood type. Do all of these individuals have a dysfunction as well?

It is, frankly, appalling that the medical field pharmaceutical industry have been allowed to get away with such a large scale deception of the world’s female population. Furthermore, it is disturbing to think that the social conditions were present for so many women to unquestioningly accept the idea that they were diseased and/or dysfunctional sexually.

All of this together raises major concerns about the state that our society is currently in. It begs the question, what social conditions and norms have allowed such a large scale deception to emerge, persist, and develop among women in America? It also makes one wonder what other diseases and disorders the pharmaceutical industry has manufactured in an effort to create a market for drugs and treatments that consumers do not necessarily need.