Deborah Tolman’s Adolescent Girls’ Sexuality brings to light the idea of sexual subjectivity, or a young woman’s sense of self as a sexual person who is entitled to have sexual feelings and make active decisions about sexual behavior. Being sexual subjects requires young ladies to have more agency with their sexuality–to be active agents in the choices they are making. It also requires that these young women have sexual well-being, including sexual and reproductive health, comfort with one’s body, feelings and desires, and awareness of and having the freedom to act upon sexual desires.

END_OF_DOCUMENT_TOKEN_TO_BE_REPLACED

Where sex is most often understood as a biological concept with 2 distinct sexes that differ based on anatomical features, the idea of gender is not so concrete.

END_OF_DOCUMENT_TOKEN_TO_BE_REPLACED

Just a few days ago, on the Indian show Raw Star, a female contestant in the singing competition was physically assaulted by a man in the audience. The man initially began teasing and taunting the contestant, and when she protested, he stood up, approached the her, and slapped her on the face.

American culture is surely not the only one where women are painted as submissive to men and susceptible to their policing. Power and privilege lie in the hands of men. Gender hierarchies in which women are viewed beneath men aid in the objectification of women’s bodies and the desire of control over said bodies. Male dominance is embedded in cultures and societies across the entire globe, India included.

Many men assume women exist merely to serve them, and when that “service” is unsatisfactory (or in some cases does not even present itself), then the woman is at fault and subject to violent consequences.

Remember the UC-Santa Barbara shooting where a young man went on a killing spree because of his disgust with the women in his life who didn’t freely give themselves to him like they were “supposed to”?

Male dominance and power also connect to issues of morality and social institutions. The man who assaulted the Raw Star contestant claimed that as a Muslim woman, she should be wearing “such a short dress.” We see this rhetoric of using clothing choice or behaviors as an indication of a person’s morality constantly throughout hegemonic society, despite its complete unreliability.

Indian women, like others around the world, are under high scrutiny–unwarranted scrutiny. Men find that they have the right to police women’s bodies, just like the attacker on Raw Star, who told police that he slapped the female contestant to make the point that, “since it makes him so sexually attracted to her, her clothing could ‘damage the brains’ of her other male audience members as well.” (Read: Sounds kinda like “she was asking for it,” to me.)

Do you think that women should be more conscientious of how they are presenting themselves in order to “keep the peace” with men? Have you encountered similar situations while here at Vanderbilt? Is there anything we can actually do to change the mentalities of young men who think like this attacker? Here she is my friends… just sit back and adore her.

END_OF_DOCUMENT_TOKEN_TO_BE_REPLACED 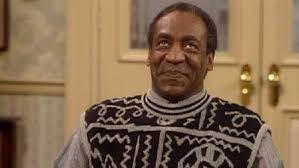 1 in 5 women will be sexually assaulted throughout their time in college. Yet, according to a Time Magazine article, only 12% of them report the assault to law enforcement. Most women will know their attacker, be it a friend, family member, classmate, professor, etc. and these relationships make it harder for young ladies to take their case to the authorities. The article also notes that 3/4 of victims will be incapacitated in some form, whether under the influence of drugs or alcohol, sometimes unknowingly. Cited in the article was the Koss study, which brought to light how only about 6.4% of males on campus are rapists. These men, on average, prey on 6 women per year–making them serial rapists.

END_OF_DOCUMENT_TOKEN_TO_BE_REPLACED

In Change and Continuity in American Marriage, Erica Hunter points out how for most of us, the general expectation is that we will become adults and find someone with whom we will spend the rest of our lives with. Society tells us that marriage is the necessary step to validate that relationship.

“Marriage is a legal and social contract, and an institution that includes romance and weddings that reinforce gender roles and heterosexuality,” Hunter argues. As a contract it also serves to legitimate one’s adult relationship and brings unprecedented privileges. When a couple marries, they are entitled to thousands of benefits from the state and federal government. Unfortunately, though, many couples in our society are not even allowed to marry because of their sexual orientation, and therefore, cannot receive the martial benefits.

Heterosexuality is not only naturalized within the institution of marriage, but [historically] also perceived as the “right” or “moral” way of existence. As Nancy Fischer argues in her piece, Purity and Pollution, American culture is often defined as dualistic, fitting into a binary logic that enables peoples to conceptualize the world (or in this case, specific bodies/couples) through mutually exclusive and opposing values: as right or wrong, good or bad, moral or immoral. The institution of marriage has almost always functioned to legitimize heterosexual relationships and gender roles that fit accordingly. It is “normal” to see marriage between a man and woman, even sacred and admirable, because of the reinforced ideals that have persisted throughout the last several centuries.

Interestingly, Hunter believes, the institution of marriage is seemingly in jeopardy. Where marriage used to act as an organizer of our lives, one that helped maintain familial, racial, and socioeconomic structures, it is now quite different. We are now in the age of increased cohabitation, high divorce rates, and legal pressure from same-sex couples. But marriage has always been a transitional construct. Work, education, religion, family, class are huge influencers in a person’s selection of a partner today–reflecting how we now are more centered on an individualistic point of view. Choosing one’s own partner is commonplace today, where a hundred years ago, it was simply unheard of. Similarly, with self-choosing came self-reliance. People are making their own money, and thus, now marrying because they want to share lives–not because they need to maintain the farm.

But this transition brought with it the ideology of separate spheres, or “the idea that men’s and women’s work should occur in different spheres: men’s lives would focus on work and the public sphere, while women would attend to the domestic needs of the family.” Again, we see the focus on heterosexuality as a natural component to a functioning relationship. Hunter also discusses how not only has sexual orientation limited marriage rights, but also race: until 1967, marriage was restricted to only straight couples of the same race. In other words, no interracial marriages were allowed in America until 47 years ago. Therefore, despite marriage always having been a “transitional thing” as I stated before, it has still (and continues) to be a very regulated institution.

Hunter notes how marriage, with the basis of heterosexuality, continues to reinforce gender roles and stereotypes. The idea of complementary gender roles within the institution is based on the idea that marriage is organized for the procreation and raising of kids; and who raises the kids? According to most of society, the woman, thus naturalizing heterosexuality and gender roles. This heteronormative logic that precedes us feels inescapable.

Stanley and M.A. Franklin (my parents) have been together for 36 years, yet only going on their 8th wedding anniversary this December.

They did not need a legal contract to solidify their love for one another. Growing up, my dad lived in his own house my grandmother while I stayed with my mom. It wasn’t until I was in the 5th grade that my dad moved into the same home as my mother and me, and it wasn’t until 7th grade that they got married.

In my eyes, the relationship made sense. Despite it being quite unconventional (not only with the marital delay but also their differing skin colors) it worked for them–and therefore it worked for me. Of course, both of them felt pressured to “make it official,” but from they way they both describe it, it was never so pressing of an issue that they believed it was a necessity. But today, they are still just an average heterosexual married couple. So was all their subversion of norms for nothing? No. Not to me at least.

Hunter’s article proposes that although marriage as endured as a regulator and reproducer of heterosexuality, it can also serve to encourage (even if just a little) diverse types of intimate arrangements and families; in fact, she claims that the decline in marriage actually promotes this ideal. She believes that “if we extend benefits [of marriage] to individuals in different types of families, we would do a much better job at strengthening families.”

I myself don’t feel strongly about wanting to get married, largely because of my home life and what I grew up with. In fact, according to this Buzzfeed article, I’m may not ever be getting married. http://www.buzzfeed.com/dorieanstevenson/when-will-you-actually-get-married#4bmnf1i

What about ya’ll? Is there a downward trend for marriages in America? And if so, is that even important? Does it really matter?

Sex and Society
Blog at WordPress.com.