The idea of heteronormativity is an extremely important topic in our media today. In the TV show Nashville, heteronormativity is at an ultimate high. Thankfully, it is obvious that the show has made some distinct efforts to create diversity through sexual orientation and racial identity in the film.

The show Nashville shown on ABC is a drama about the lives of Rayna James, Julliette Barnes, and many other country music stars just trying to make it in the industry. The idea of heteronormativity is defined as the normality of heterosexuality throughout our society and the exclusion of the LGBTQ community. Throughout the show, there are many sexual relationships between the characters. There is a point where Rayna James has to choose between 2 men to marry, and throughout the show Juliette Barnes dates and hooks up with almost all of the male characters on the show. There are many heterosexual relationships on the show, but thankfully, the producers do make an effort to show diversity in the film.

In addition to heteronormativity, the idea that “sex sells” is prominent for the TV show. Throughout the show, there are many sex scenes and sexual relationships. The show was primarily advertised as a family show, but when the majority of the show turned out to be about sex, the producers received much backlash. The truth behind this is simple: sex sells, and the relationships and hookups shown throughout the show is what makes it dramatic and makes people want to come back and watch more.

The characters in this photo are Will Lexington on the right, an upcoming artist in the music industry. On the left is the first guy with whom he had sexual relations. This is the man who makes Will know for a fact that he is gay. Will goes through lots of trauma throughout his coming out because he is a young, good looking country star who seems to be the definition of masculinity. His character is a distinct example for the producers trying to depict diversity because it is through a person nobody would think to ever be gay.

Secondly, the producers make a distinct effort to show an interracial relationship in the show. Gunnar, a white male, and Zoey, an African American female, date throughout Season 2 of the show.

What do you believe are the effects of how the producers of Nashville planned an interracial relationship and a gay, male, country artist in the show? Does this have any major affect on heteronormativity in our media? Does the idea that Nashville is in the deep South and that country music tends to be very old fashioned and conservative have any effect on the majority of the show being heteronormative, or is this just the way our society is? The producers could have chosen any character to be gay, but why did they choose Will Lexington?

Let us introduce you to Drag Brunch. Drag Brunch is located within Suzy Wong’s House of Yum, right next to Play Nashville. For those of you who don’t know, Play Nashville is a local gay club and bar that is well-known for its entertaining drag performances. The two businesses are located on Church Street, one of the more “lively” areas near our very own campus. House of Yum is a restaurant that serves delicious Asian cuisine during most days of the week, but on Sunday, the restaurant is only for brunch… Drag Brunch.

END_OF_DOCUMENT_TOKEN_TO_BE_REPLACED 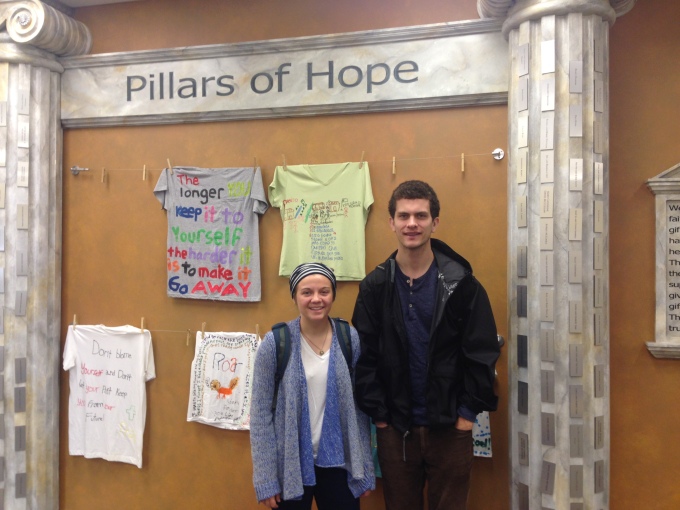