The human body has been mystified from the dawn of time. Their bodies are not only temples of deities up above, but also kingdoms that are to be praised through good health and body appreciation. Modern day portrayal of bodies in the media has come under heat by a lot of different feminist and womanist groups because of different gender expectations between men and woman and furthermore, between races. Media shapes how we perceive their reality and influences what we determine beauty is. However, the images that media bombards us with are a false representation of the lived experiences of people especially minorities in the United States. We all battle with their imperfections, and they are further highlighted when their role models in the media are presented as flawless sex objects. Magazine covers featuring women are often inherently sexual and downright unrealistic whether that stems from clothing choices, provocative headlines or manipulation of images to manufacture a more appealing feminine appearance. These images are everywhere we go, they are on television, in supermarkets, at bus stops, and on social media. Everyday, we subconsciously consume these images and strive to achieve these unrealistic beauty goals. We want to be lighter, thinner, taller, just like the girls in the magazines, when at the end of the day, not even the girl in the magazine looks like the girl in the magazine. This is especially damaging to groups who are not even featured in popular media, groups like people of color are often entirely left out from the narrative of beauty in this country. When they are included, they are generally objectified as a commodity, or ytheir “token” girl of color. Media representation of people of color is very limited and its limitations are pretty offensive considering there are millions of colored models, actresses and actors looking for employment. For example, why cast 16-year old white model, Ondria Hardin, for an “African Queen” shoot when models like Tyra Banks, Naomi Campbell and Chanel Iman are African descendant and also mentor younger African descendant models. This idea really supports the premises of multicultural feminism. Woman of color are treated as other. Media fails to celebrate differences but rather to serves as a force to disenfranchise black faces from the big screen. For example, there has been a lot of controversy regarding movies based on real life in Africa where there have been white protagonists and black antagonists. Currently, Angelina Jolie is in talks to play the role of Cleopatra in an upcoming film. The controversy surrounding this casting choice emerges from ancient Egyptian art, we know that Cleopatra was a woman of color, yet Hollywood has whitewashed history, yet again, limiting representation for little girls who do not believe they can aspire to be queens like Cleopatra. The problem of representation is a lot more insidious than denying people of color, roles that they were born to do. The problem lies in destroying the self-efficacy of people everywhere who do not feel like they can aspire to greatness because no one who looks like them has ever accomplished such greatness. Media is an insidious force that exploits woman as a whole especially woman of color. The lack of representation and the unrealistic beauty standards that permeate their daily lives are toxic and as a society, we need to take steps to remedy these societal ills for generations to come.

According to Gamson ‘s article, a lot of the ideas that I wrote are the sentiments of our society. Popular culture constructs sexuality however it doesn’t make room for different sexualities. This is a problem because many may feel as if the media defines what is normal in our society. Our media is a representation of our ideals and if a group is not represented it could hurt the self-efficacy of the group of lead to objectifying other groups. I think the lack of representation can also hurt groups because it eliminates their narratives from the American experience and almost labels them as “other”. For example, the article mentions that media really excluded the experience of homosexuals in media for so long, this had a really terrible impact on the perception of the general public of people who are gay. People who were gay had very limited narratives in American media for a very long time. Most of the stories surround people who were gay were often based on stories of HIV.

Gamson also notes that often times when media does have representation of diverse groups, that media often objectifies the person or represents them as exotic. It’s important that the media stay away from exoticizing groups of people because it will affect the public perception of that group. For example, there was an event on campus that was put on by Vanderbilt’s chapter of the NAACP where there was a discussion about sexualizing women of color. It talked about how in media, minorities are underrepresented yet when they are represented, they are over-sexualized. They gave examples of how Black women are seen in music videos, half naked and dancing provocatively and how Asian woman are perceived as being submissive. This is a really poor attempt by the media to represent different demographics in this country. This is dangerous because for people who have no exposure to diverse groups in this country, this poor representation is the only exposure they have to these groups.

Why does media continue to whitewash Hollywood?

Sex. How do you have it? Does it involve intimacy? How might you categorize it? Are all parties involved interested in having it? For some people, sexual desire and sexual intercourse are not appealing and do not factor into romantic relationships, if they have them. END_OF_DOCUMENT_TOKEN_TO_BE_REPLACED 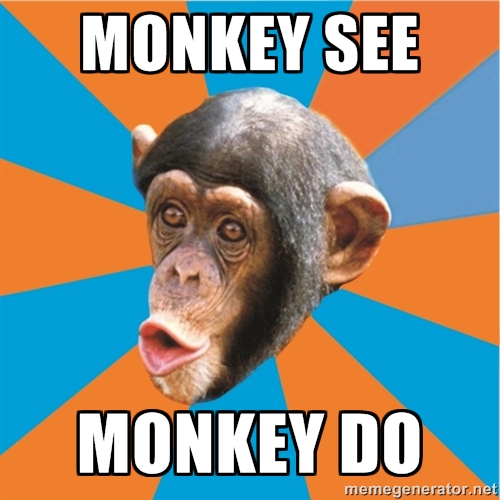 Though this is just a silly saying, we are often victim to its truthful dictum. I often find myself going with the trend of the day in my choice of clothing, hairstyle, and even pastimes.

Our culture’s idea about what a conventional relationship is has been expanding for years. This expansion is influenced greatly by what we see in the media: specifically in the TV and movie industry. This is social constructivism: the idea that a dominant group creates knowledge or norms for another. Though this isn’t a bad thing, it can be very limiting especially when one is facing a situation in which they are out of the social norm.